Just in Case You were Wondering...

This is how the IVF procedure turned out: 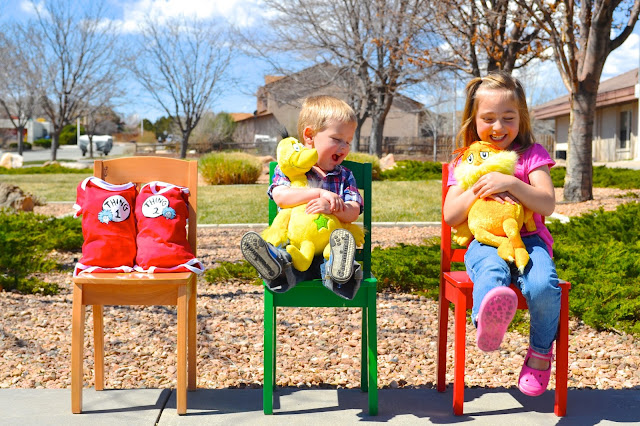 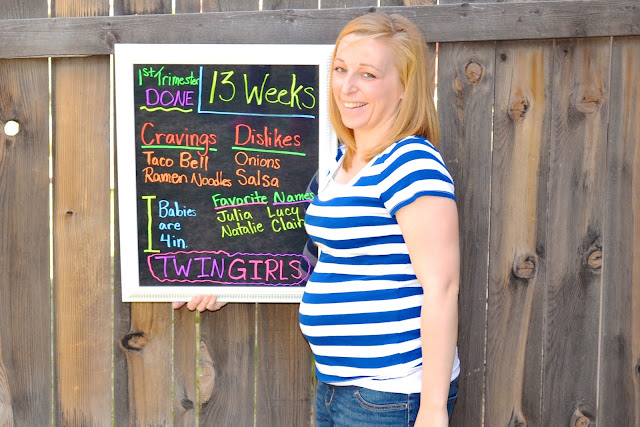 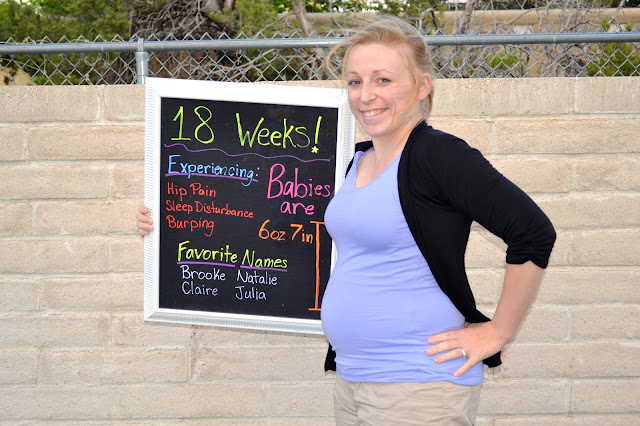 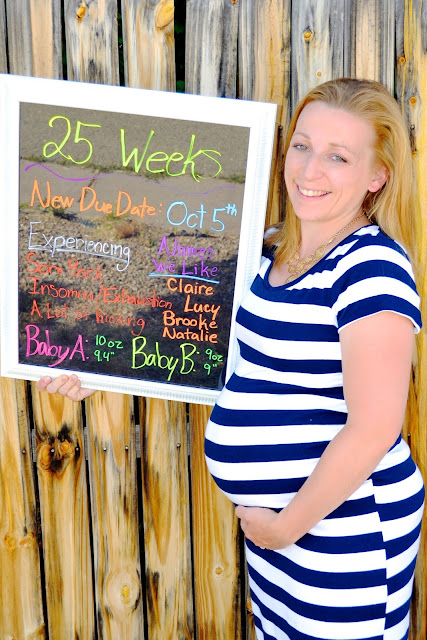 And I took this one on Wednesday. 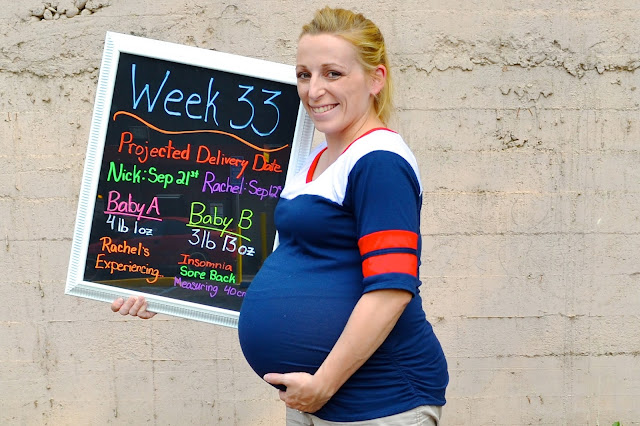 Some readers have expressed interest in knowing more about what the IVF process is like. My hope is to explain a small piece of what its been like for me in three pictures I took over the past 3 weeks.

There's a lot of medicine: 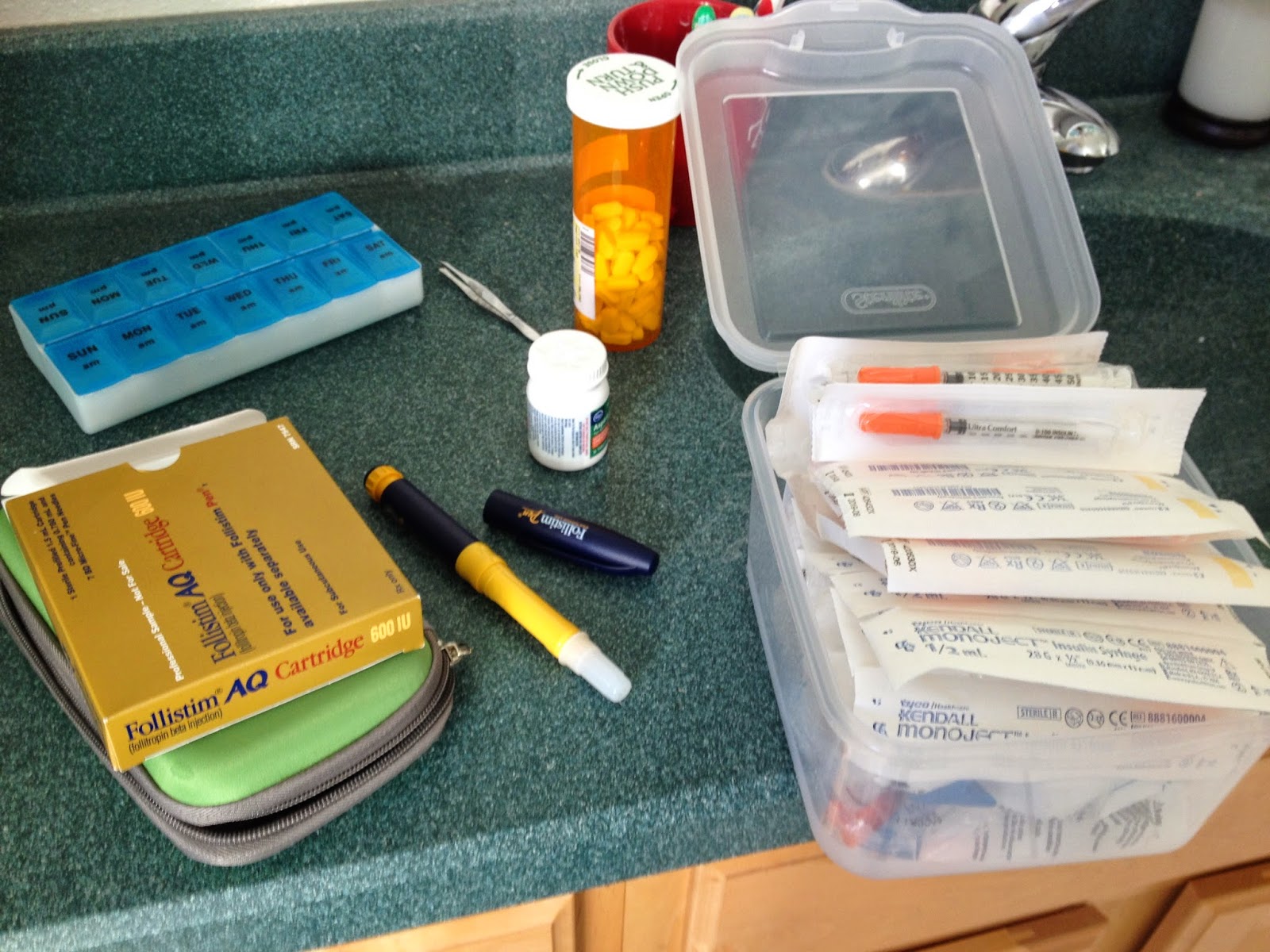 In the heart of the gearing up for my egg retrieval, I was giving myself 3 shots and taking 5 pills everyday. This went on for a week, one rough week, which brings me to my next point...

There are a lot of doctor's visits and blood draws: 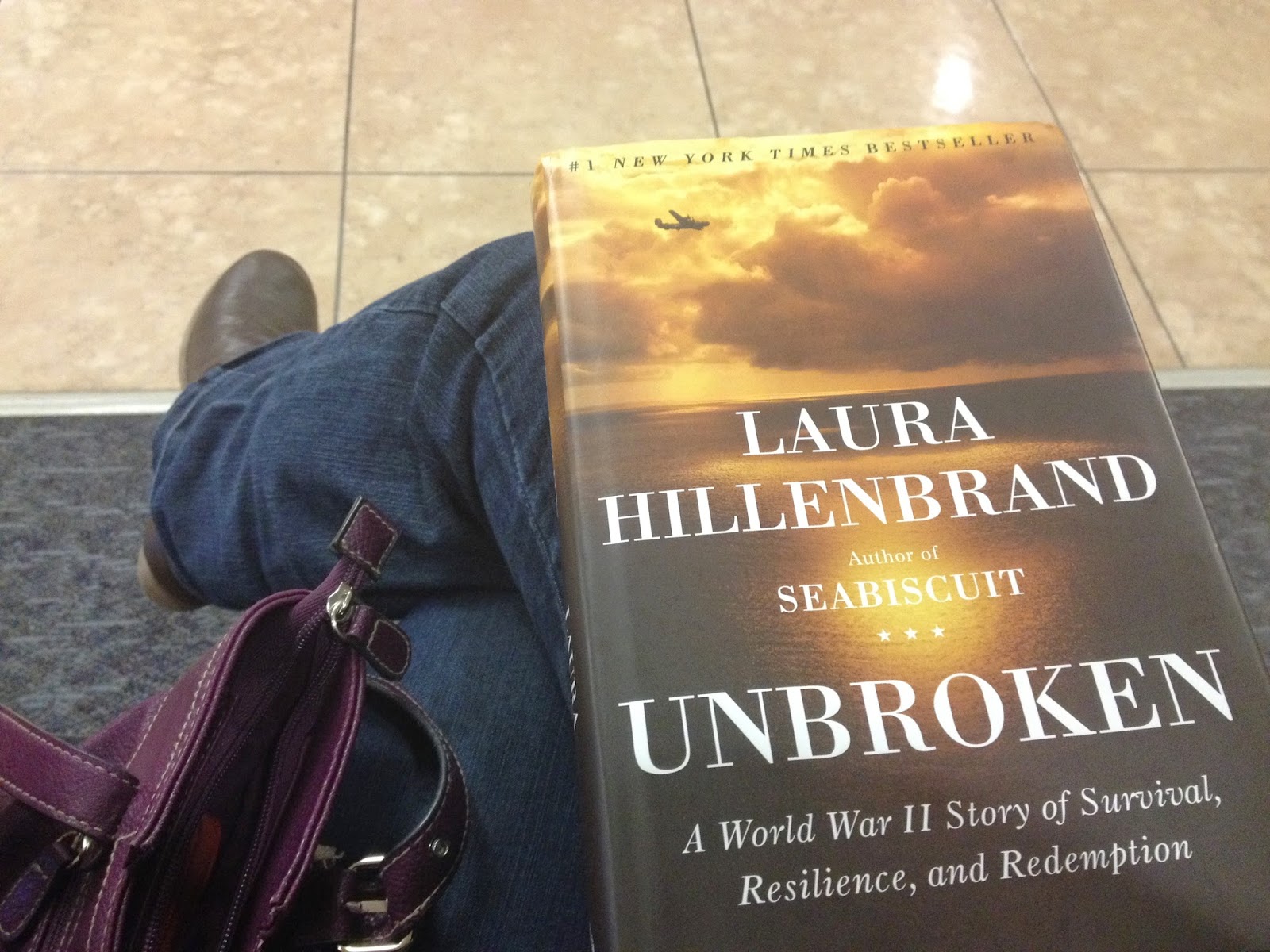 I was going to keep track of the number of blood draws and ultra sounds I had to do this time around, but during that one week, it was four. I should count my blessings, it could have gone on for much longer and been much worse. I got the majority of this 400 page book read while waiting for doctors, ultra sound techs, and registration staff to call my name.

There are a lot of follicles: 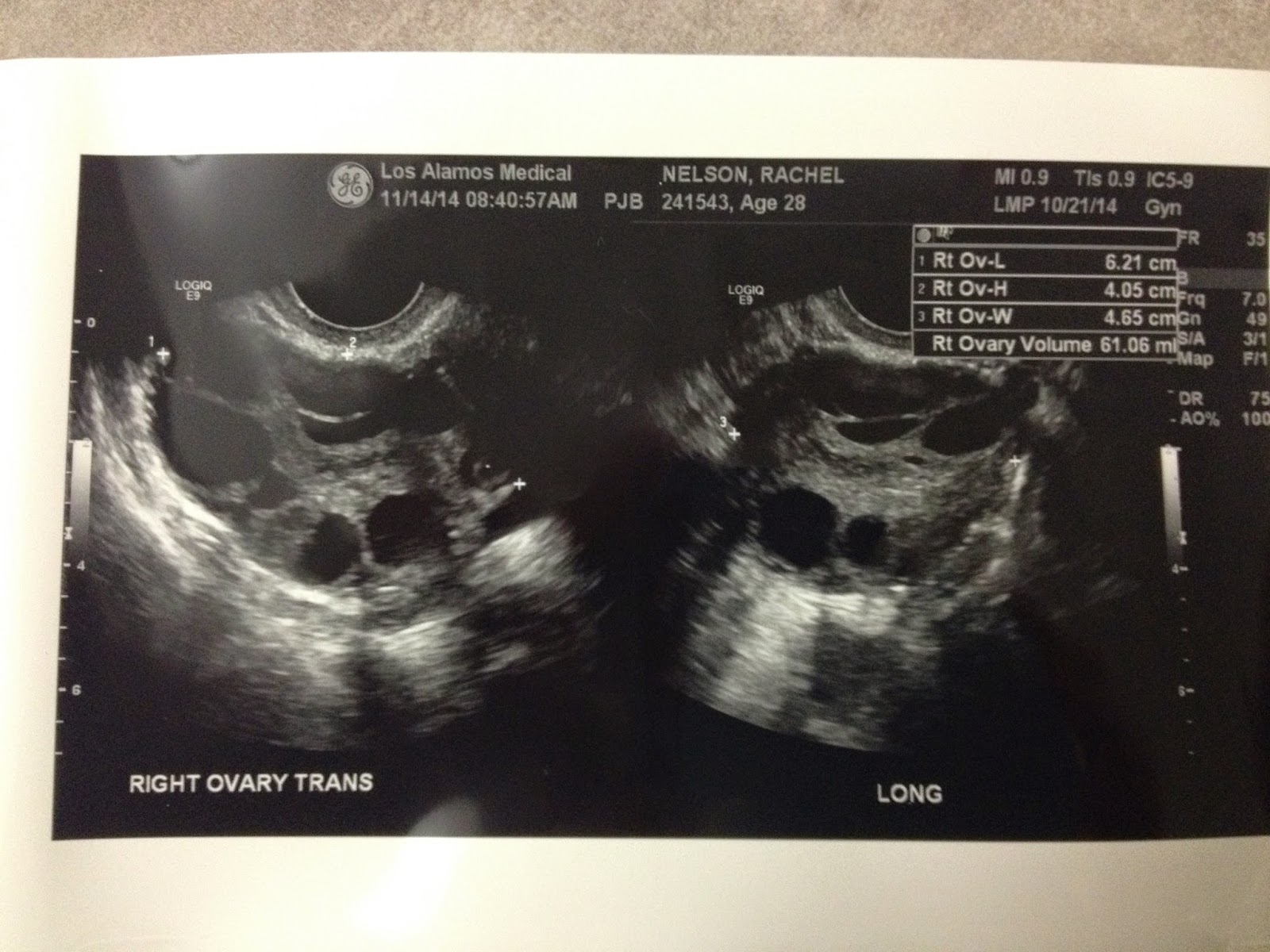 These are my ovaries. The small black circles you see are all follicles.

Let me try to explain this the best I can (I'm not a medical professional, this is just how this has been explained to me). Every woman has follicles during her cycles. One follicle houses one egg. In a typical cycle a woman would produce one follicle. If that was mature enough for fertilization, the follicle would burst and release the egg. You know the rest: fertilization by a sperm with the egg. Bam! Baby.

In IVF, all the medication I took was designed to have my body produce as many follicles as possible. Our magical number was 19. Fifteen of those 19 were mature enough for fertilization, and after the doctors put Nick's and my "stuff" together, 10 of those 15 were sent off for genetic testing based on how well they developed over the course of 6 days.

Okay, that was a lot of numbers.

Summary:
Currently we are in the three week waiting period after the egg retrieval (November 17th), while our 10 embryos are having genetic tests run on them. On Tuesday, December 9th we're going to have a phone conference with our doctor and he is going to tell us all about the genetic makeup of each embryo. We'll know a lot more about what implantation may look like after that meeting. After that, we have to wait about 5 more weeks before I can have our doctor impregnate me. Somewhere around the last week of January, but again, we'll know more after this meeting with our doctor.

It has been crazy, and I would not be exaggerating if I said that if I never had to stick myself with another needle it would be too soon. But let me tell you, my love for my husband and my children has grown tremendously through all of this. Nick has been so sensitive to every sleepy comment or hormone induced criticism. I have felt more pain and uncomfortableness in the past few weeks than I ever have before and Nick has encouraged me and been patient with me and tended every need of mine or our children's. He is even more amazing than I ever knew!

During the past 3 weeks I haven't been able to thoroughly play with my children or do any other type of jarring physical activity (like running, horse-back riding, or jumping on a trampoline). I had to treasure different, quieter moments with my children. This trial, while I hope to never have to do it again, has helped me recognize how committed I am to my children -- both the ones already here and the ones for whom I'm desperately trying to prepare.

You'll get another update in a couple weeks. In the meantime, love on those babies of yours!
Posted by Rachel at 7:30 AM 3 comments:

As you well know, I've taken a break from blogging. Through all this IVF stuff I have been pretty well spent emotionally and physically and any extra gusto I have has been directed towards my family (and reading). It has been a crazy last couple of months, and I plan to update soon.

For now, I am basically an emotional basket-case recently. My thoughts are consistently turning to my next child whom I am desperate to have with me, and I am also trying to treasure my two babies I already have, in a way to show myself and God that I have enough room in my life and heart for as many children as He is willing to bless me with.

All that being said, onto the music! I usually don't get to watch Ellen, but I watch many of her videos, and this song couldn't have pierced my heart more. I am waiting for you, little one!

And because it's been too long, enjoy my babies! 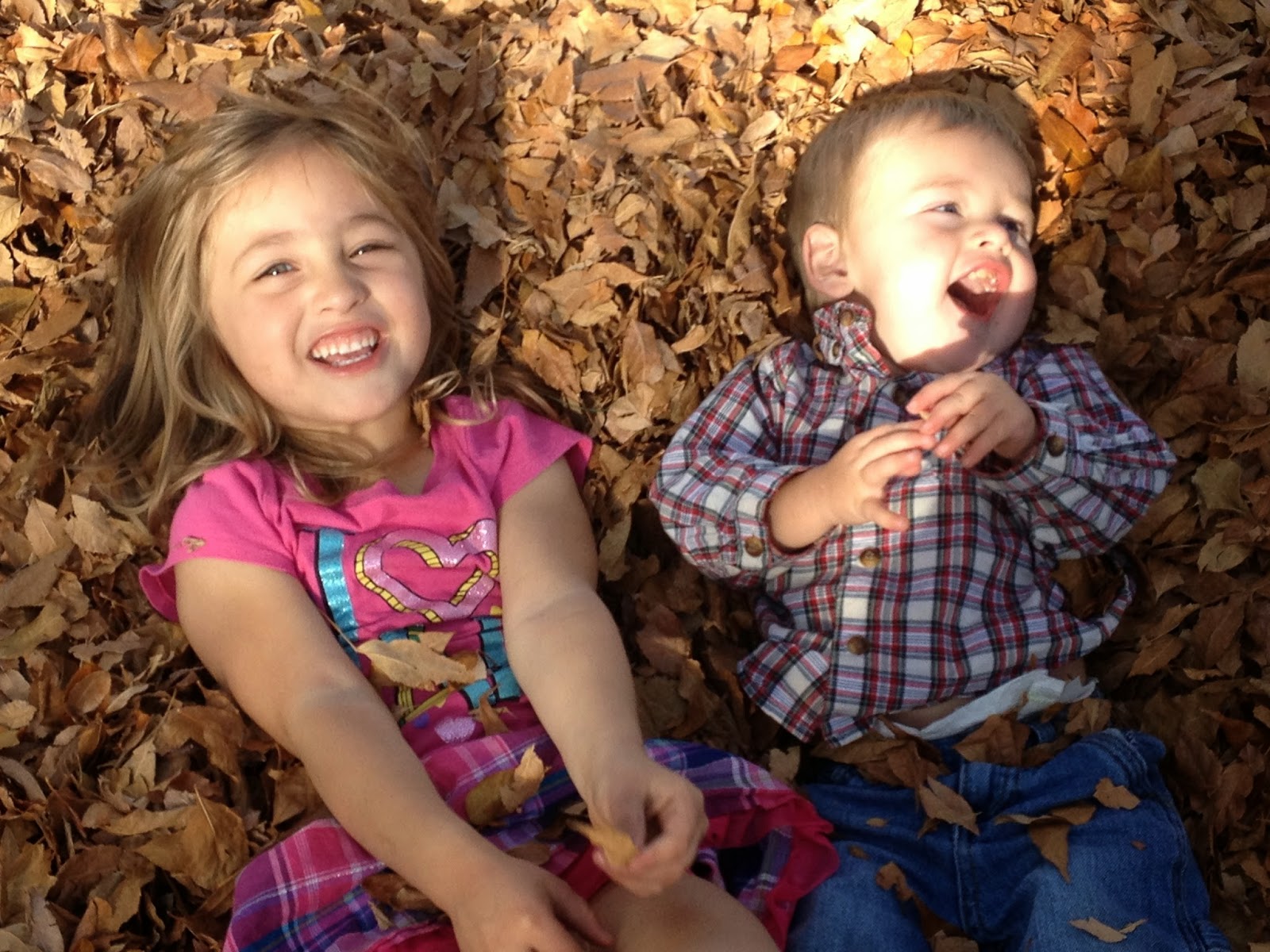 Posted by Rachel at 7:30 AM No comments:

Hapiness is... Stories Before Bed 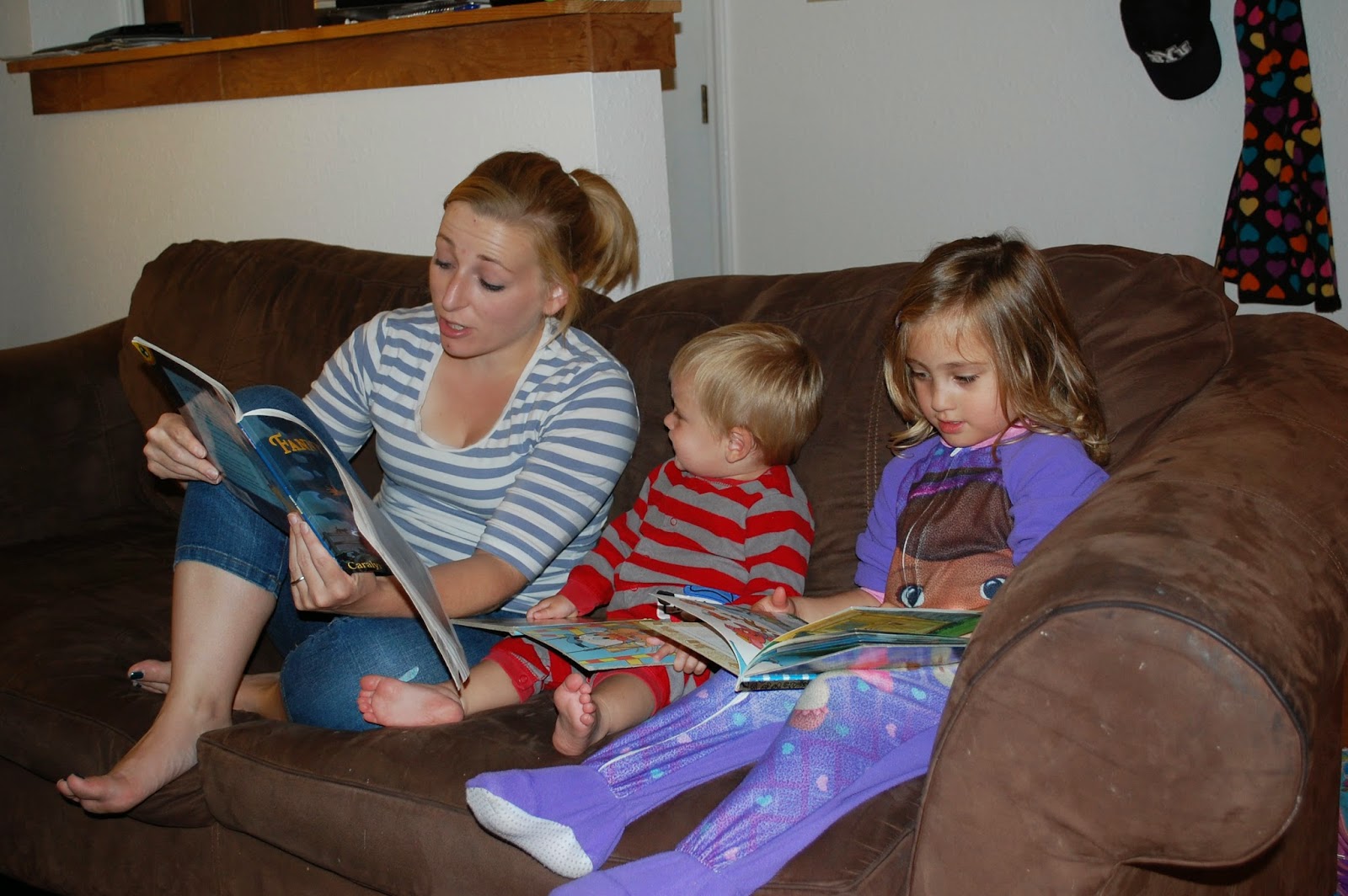 Especially when everyone is "reading" their own book.
Posted by Rachel at 8:05 AM No comments:

Our family got in on the alsicebucketchallenge and were happy to participate -- although I don't know how much awareness we provided. Oh well, it was fun! 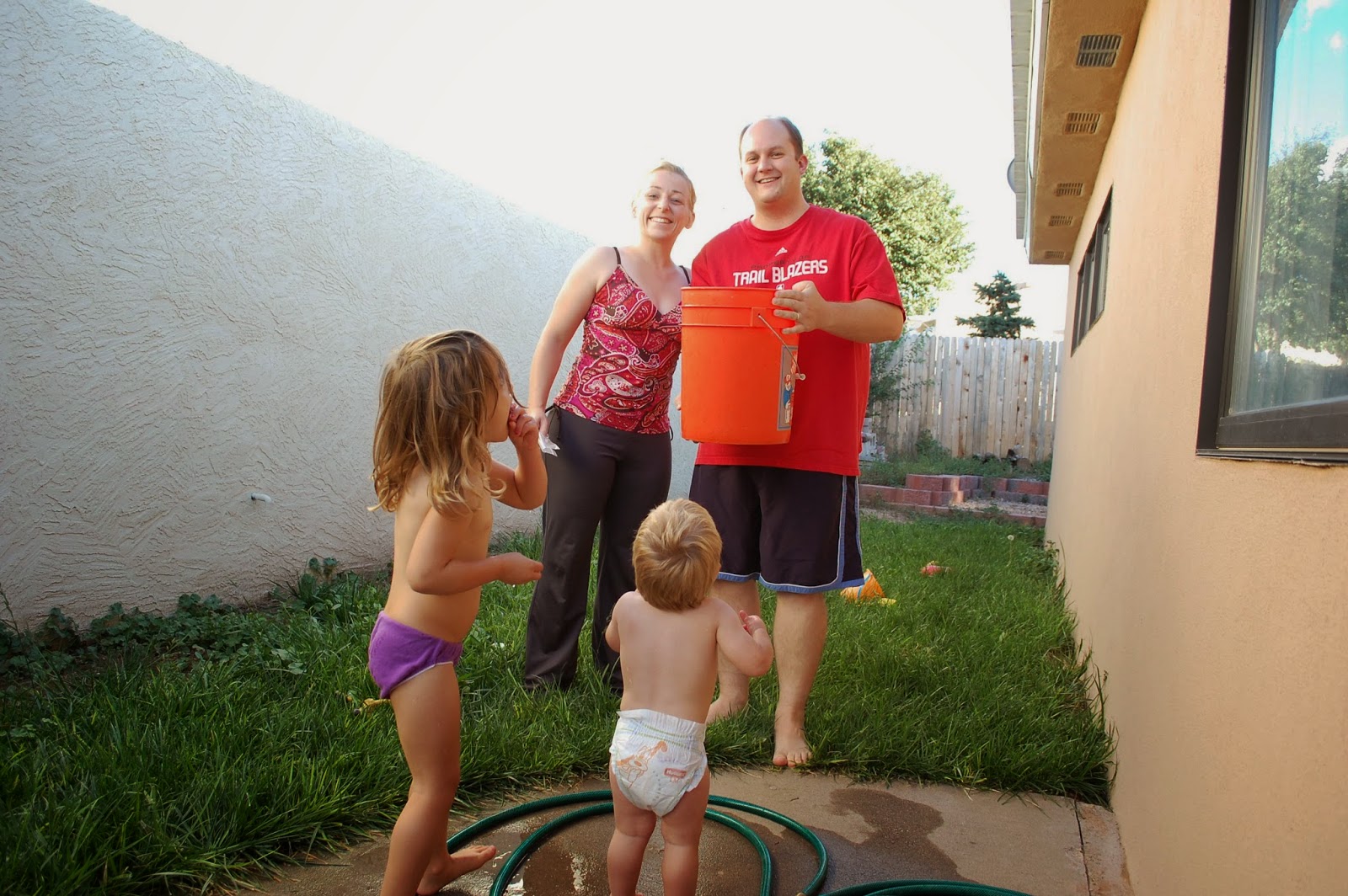 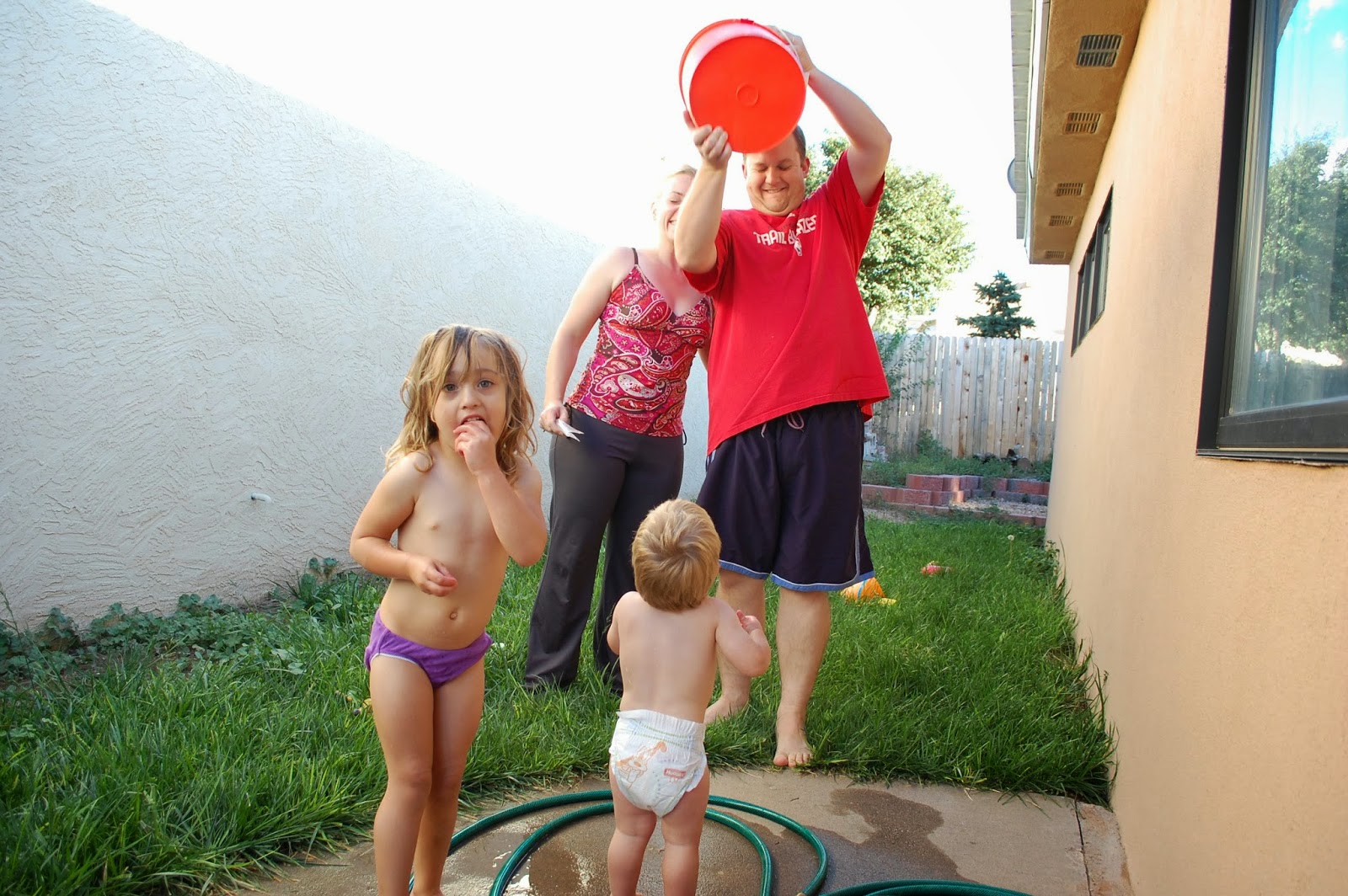 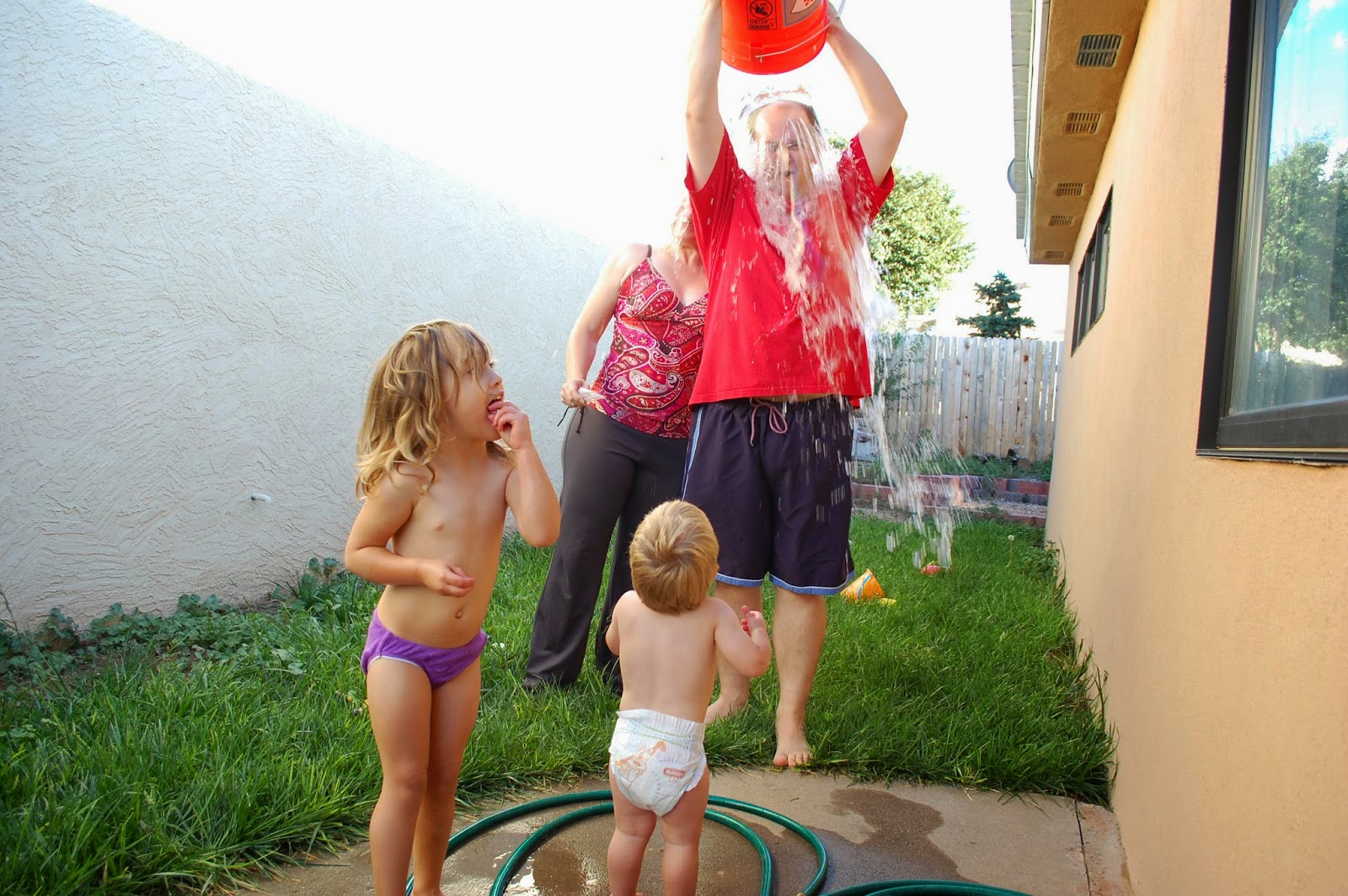 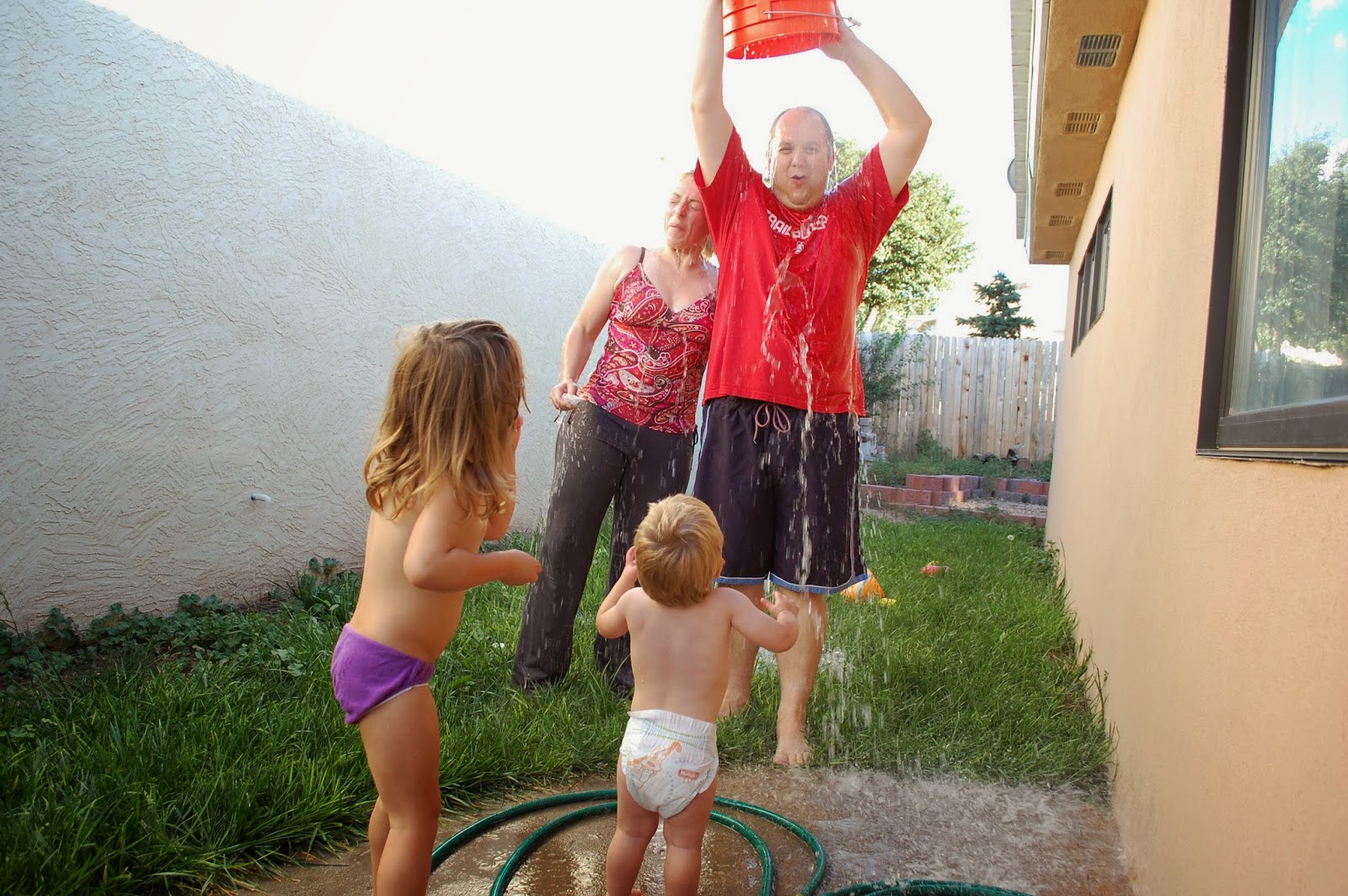 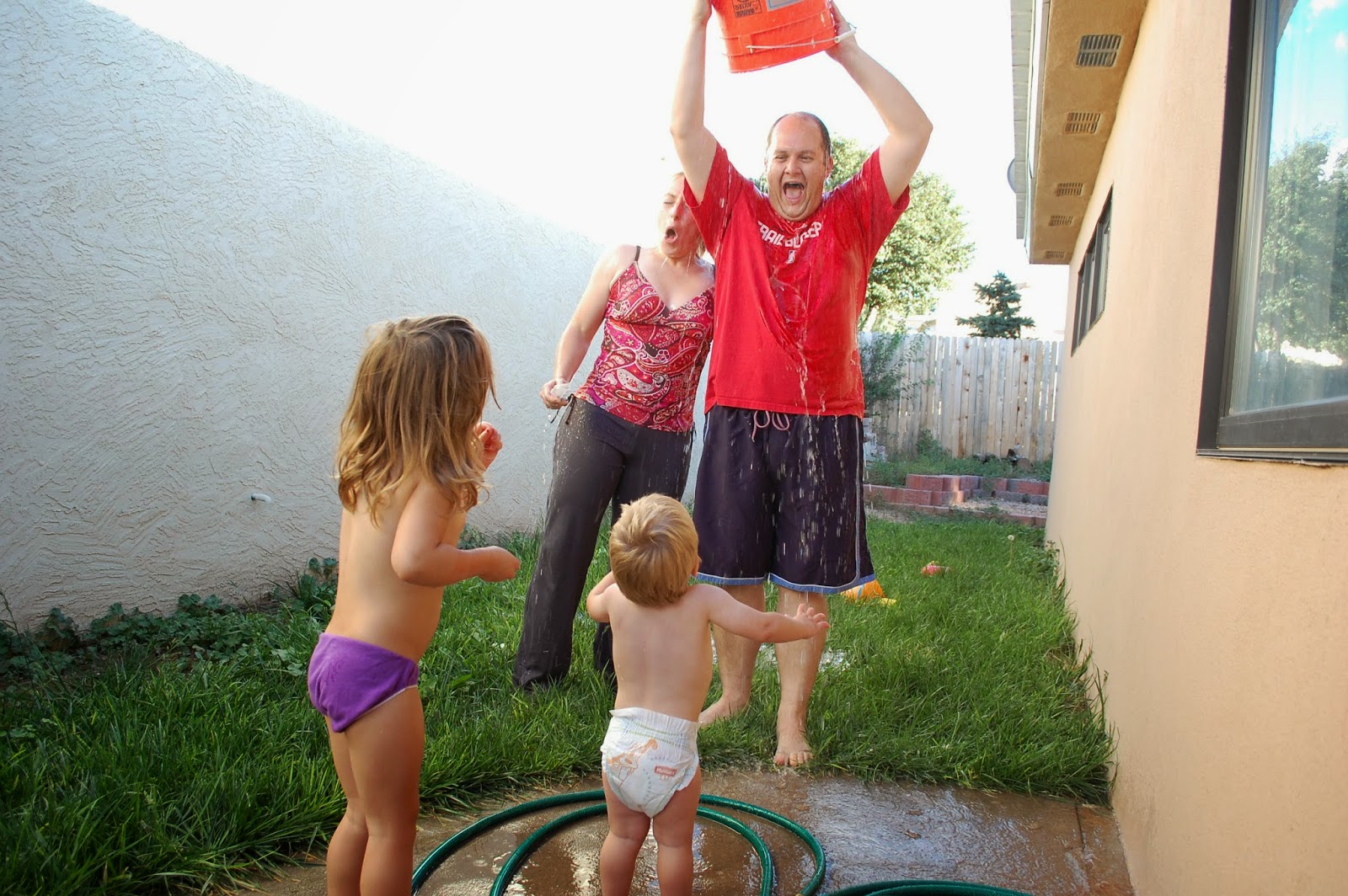 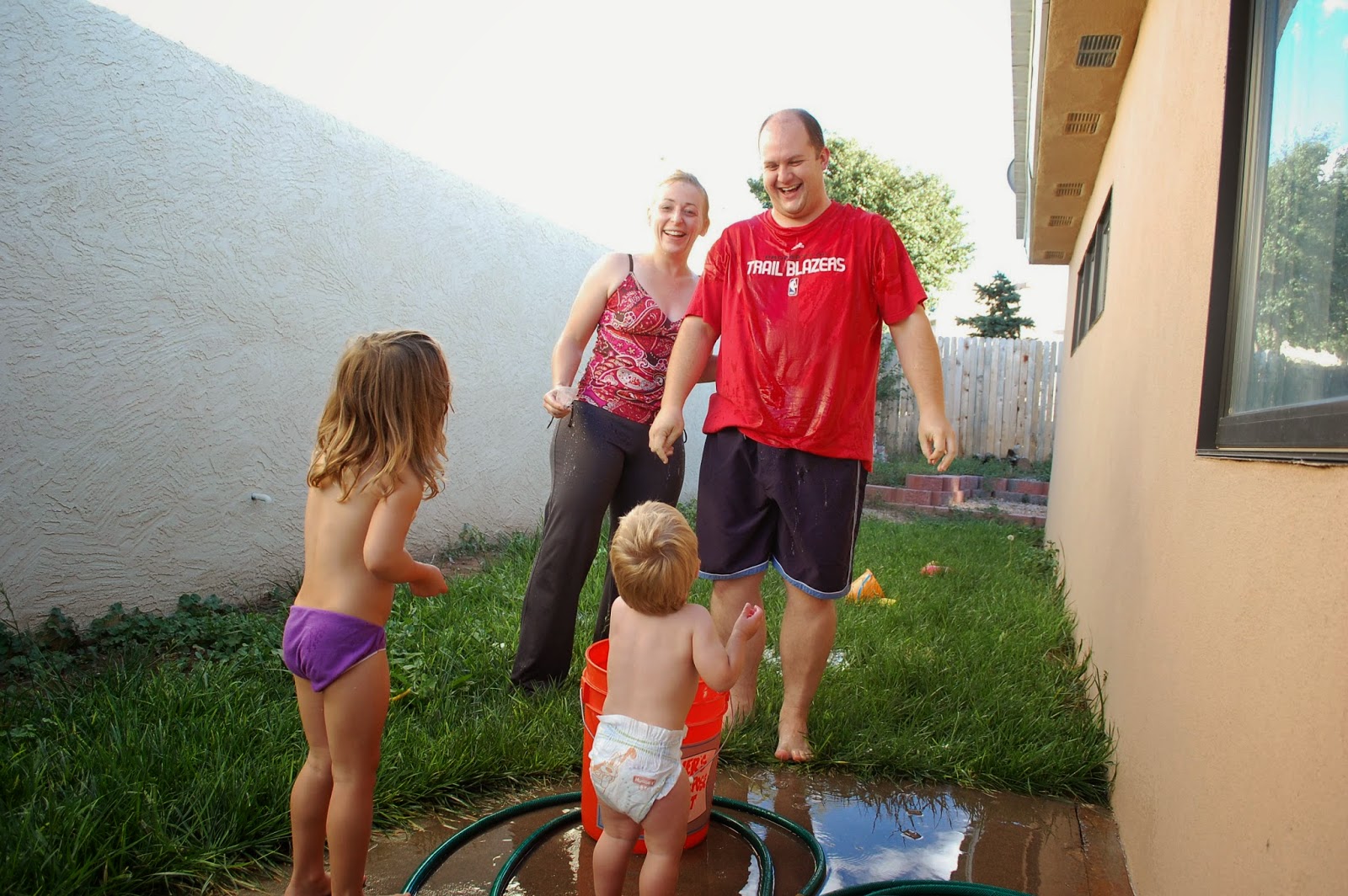 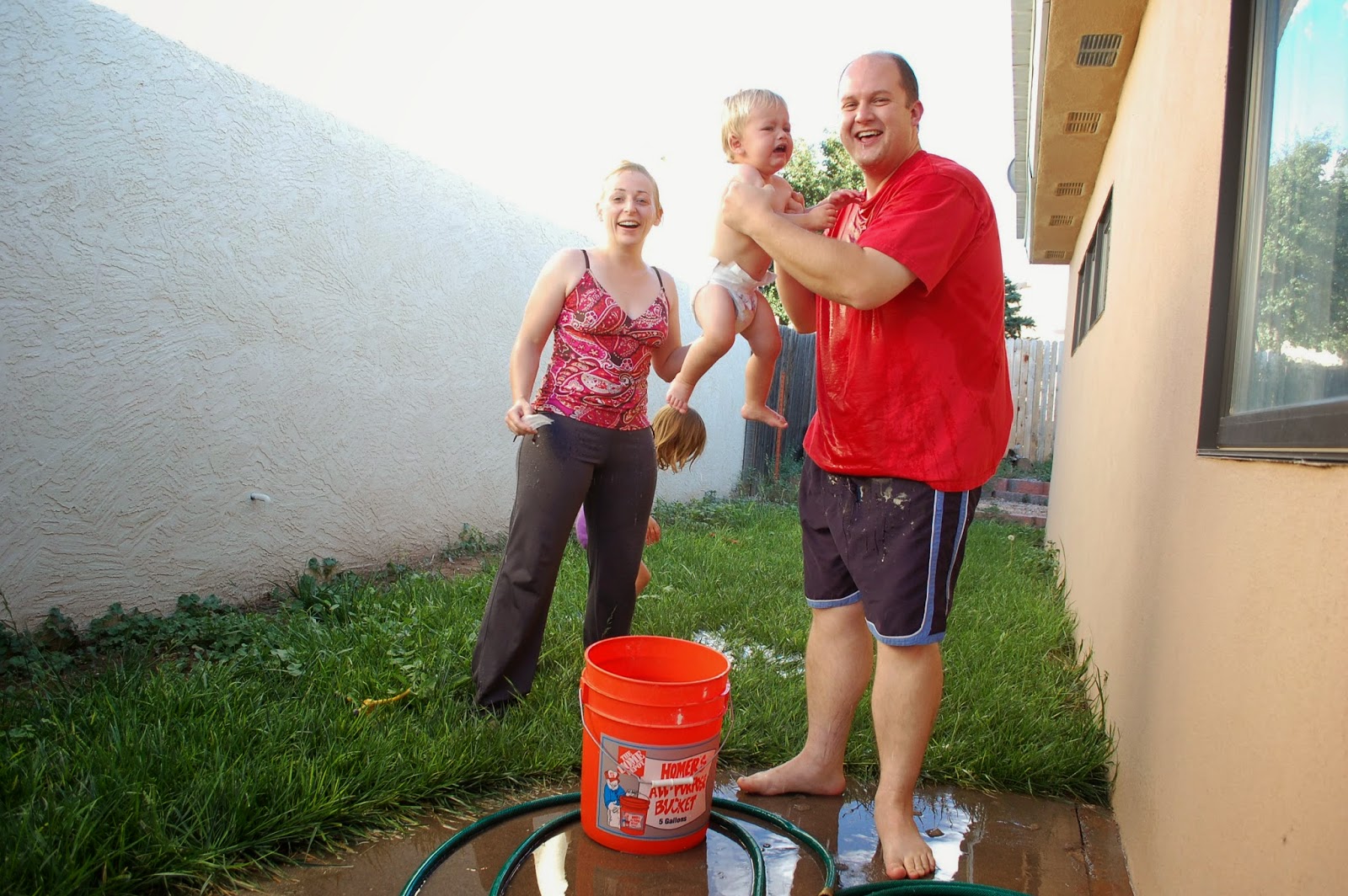 James was by far the most traumatized, even though it was quite cold! Don't forget to donate!
Posted by Rachel at 7:30 AM No comments:

A Little Project: The Letter "N"

Last year with my birthday money I bought a Silhouette Portrait on a screaming deal. I had ideas of what to do with it, but mostly I've used it to cut out paper to frame.

I've done a couple small vinyl projects, but when a friend found a letter "N" at Hobby Lobby in the clearance section for 90% off making it only $3, I could see exactly what I wanted it to be: 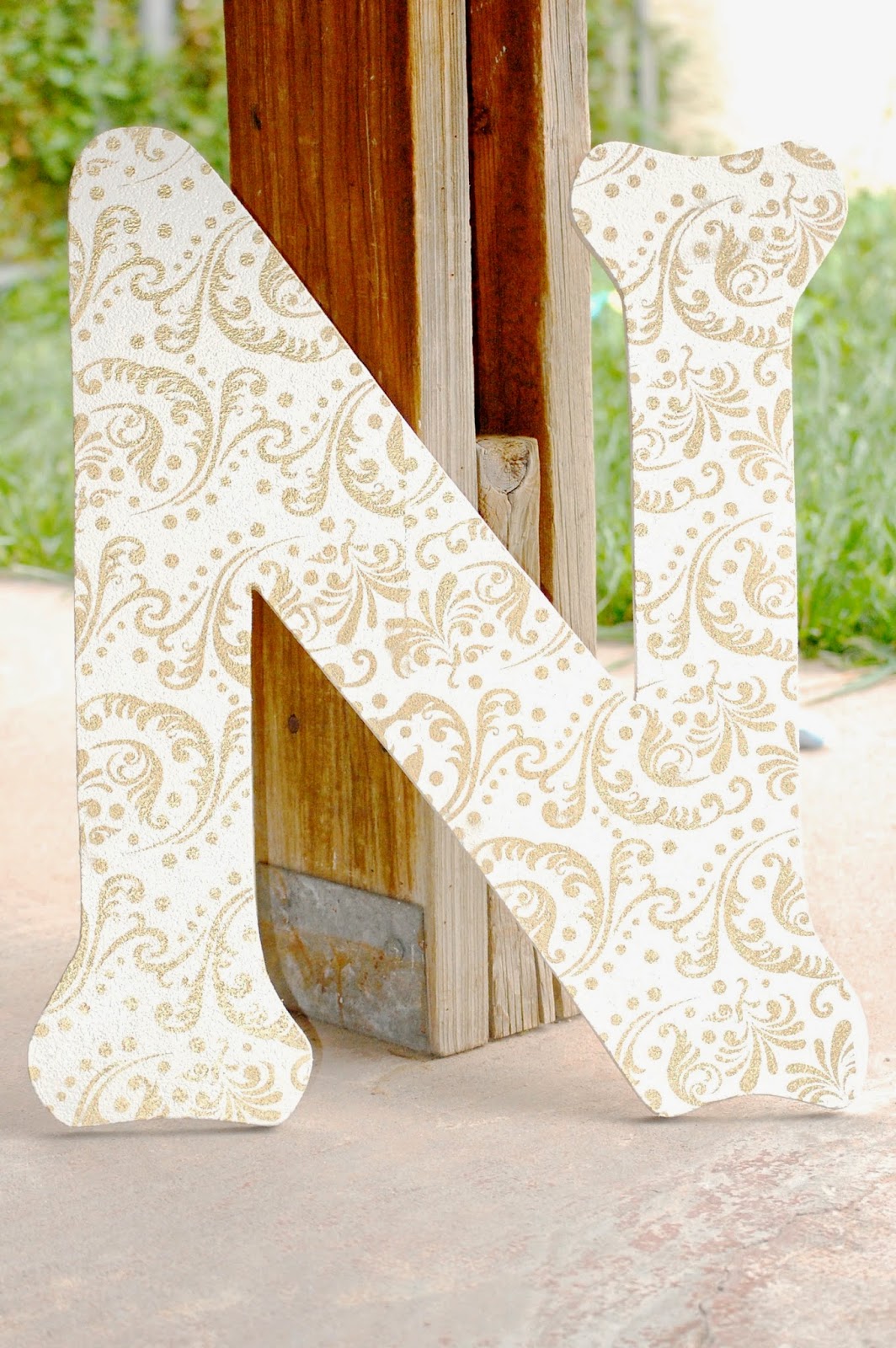 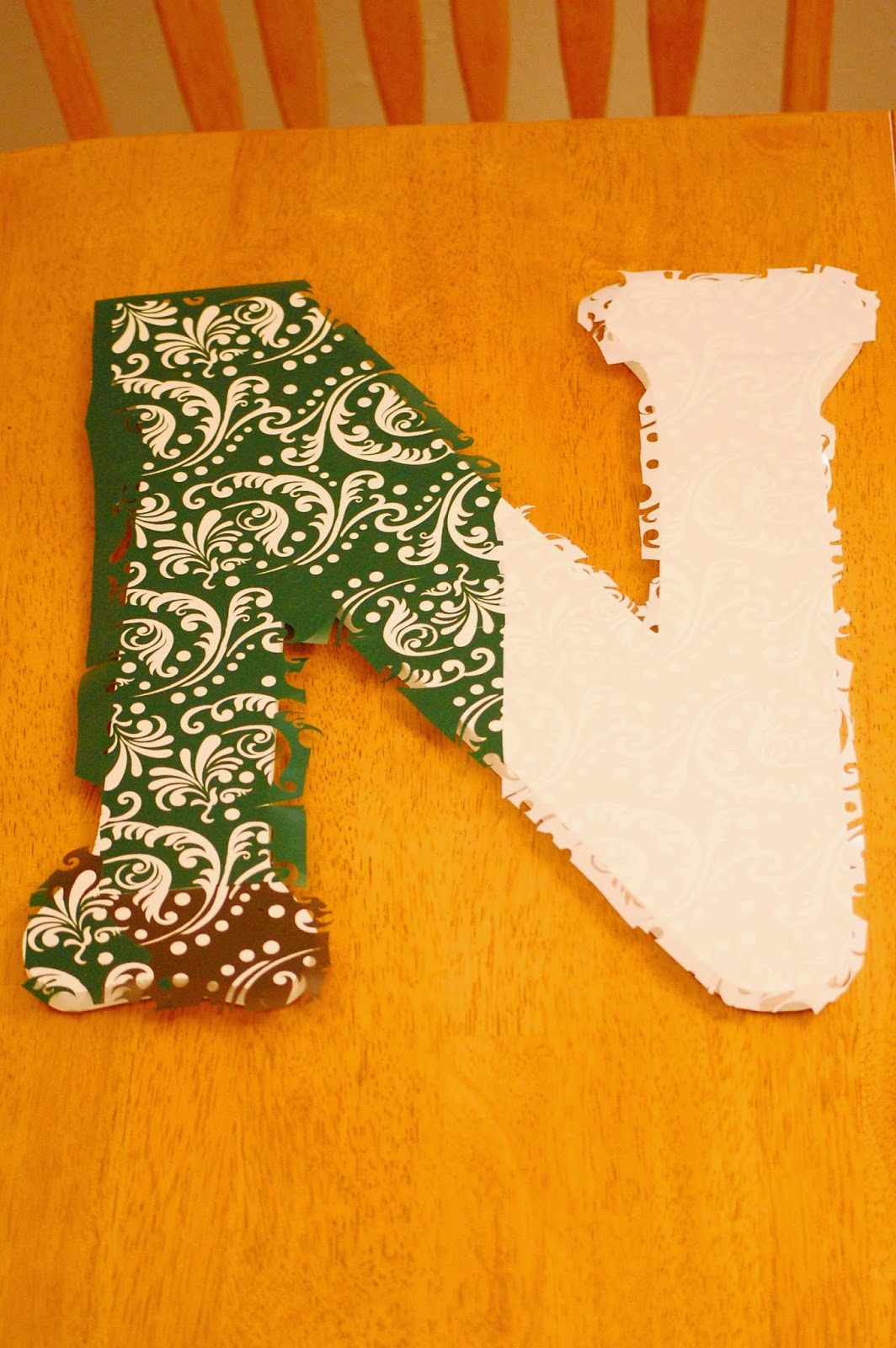 This was just before the Krylon Short Cuts Gold Leaf Spray Paint was applied. Putting on the vinyl and figuring out what I wanted and how to do it took about 7 hours. Had I known, I may not have done a design that was so complicated. 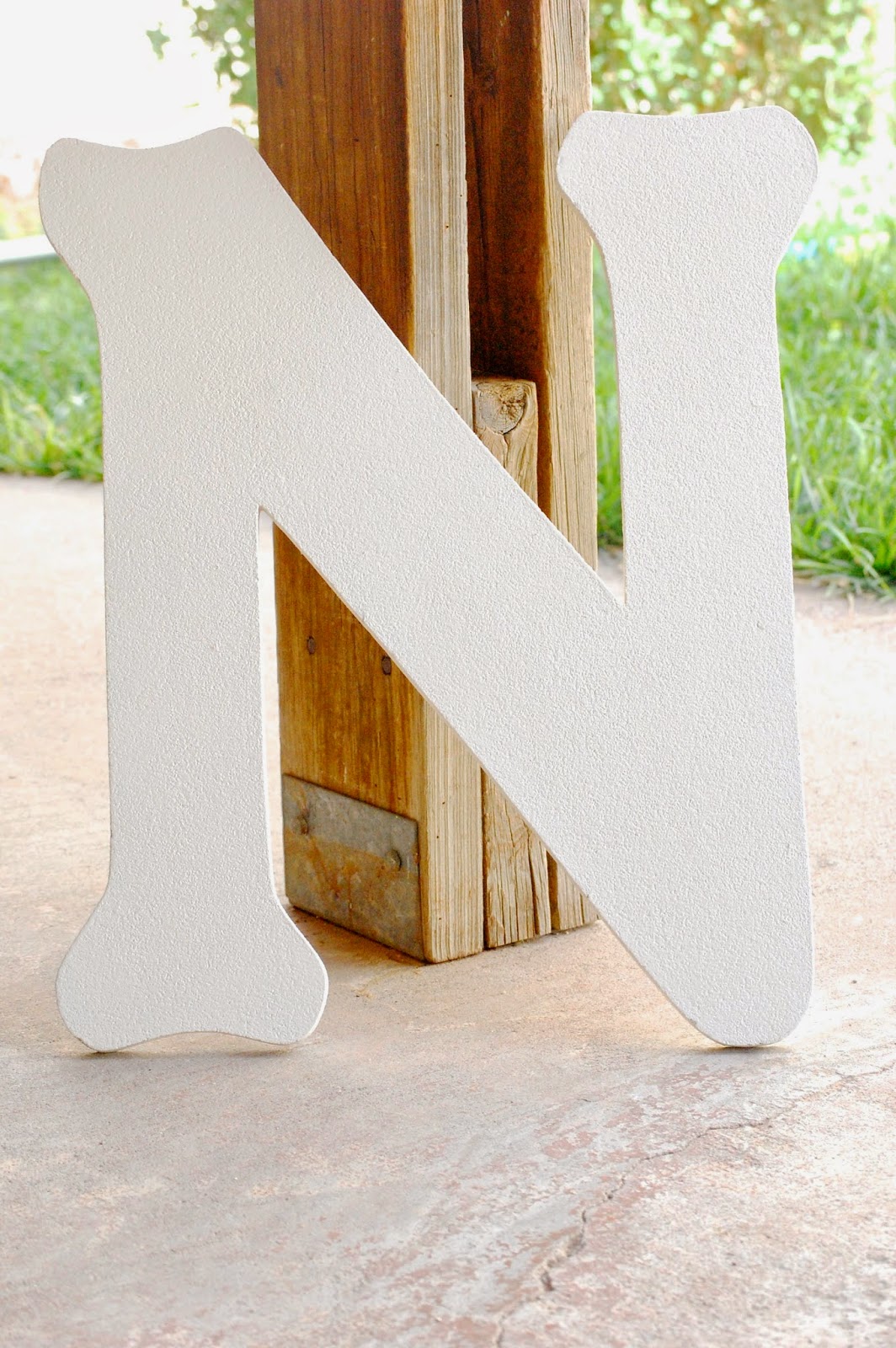 This was just after the Krylon Dover White Spray Paint was applied. 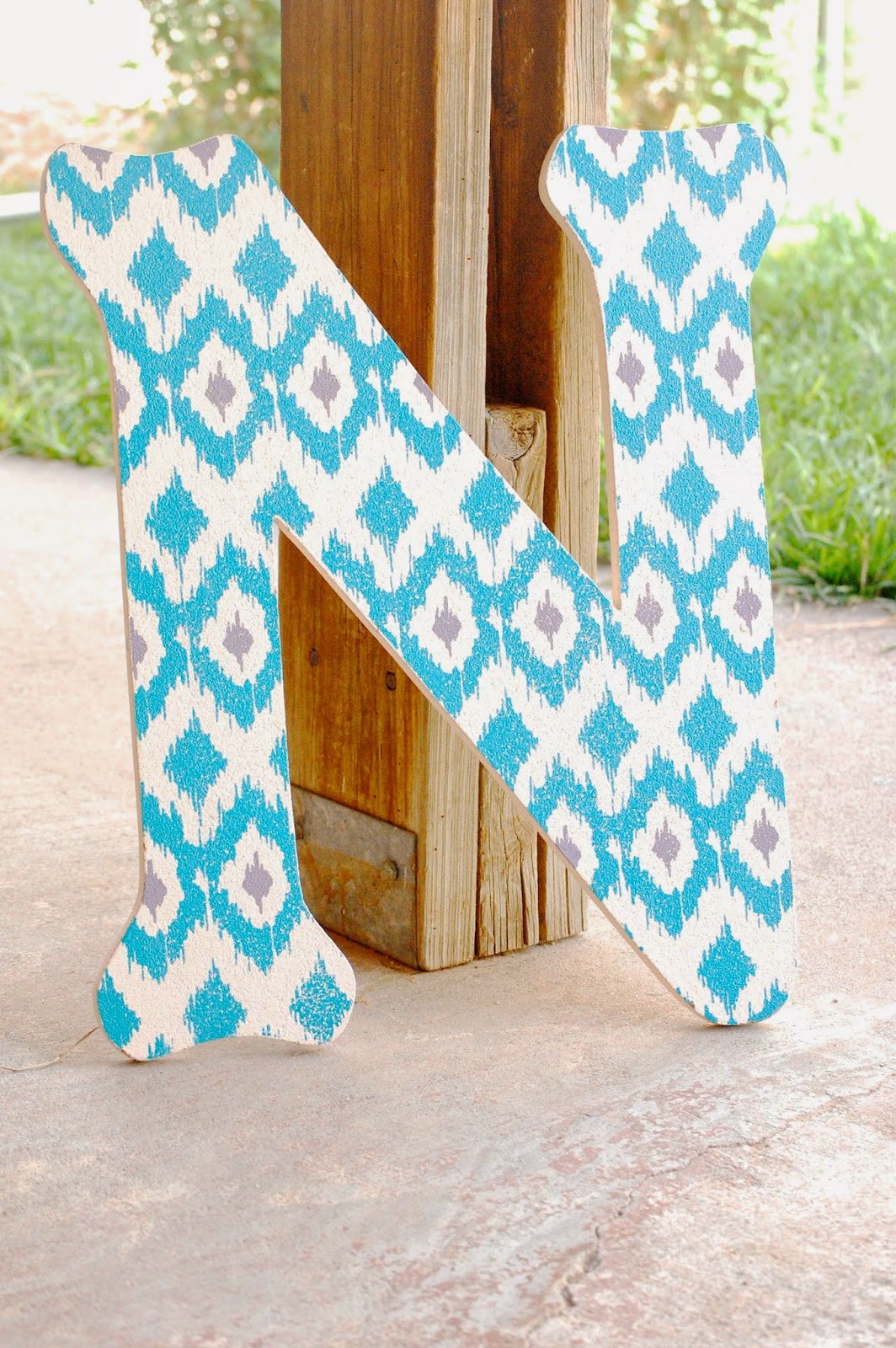 And this is what it looked like when I bought it (for $3). Gross. 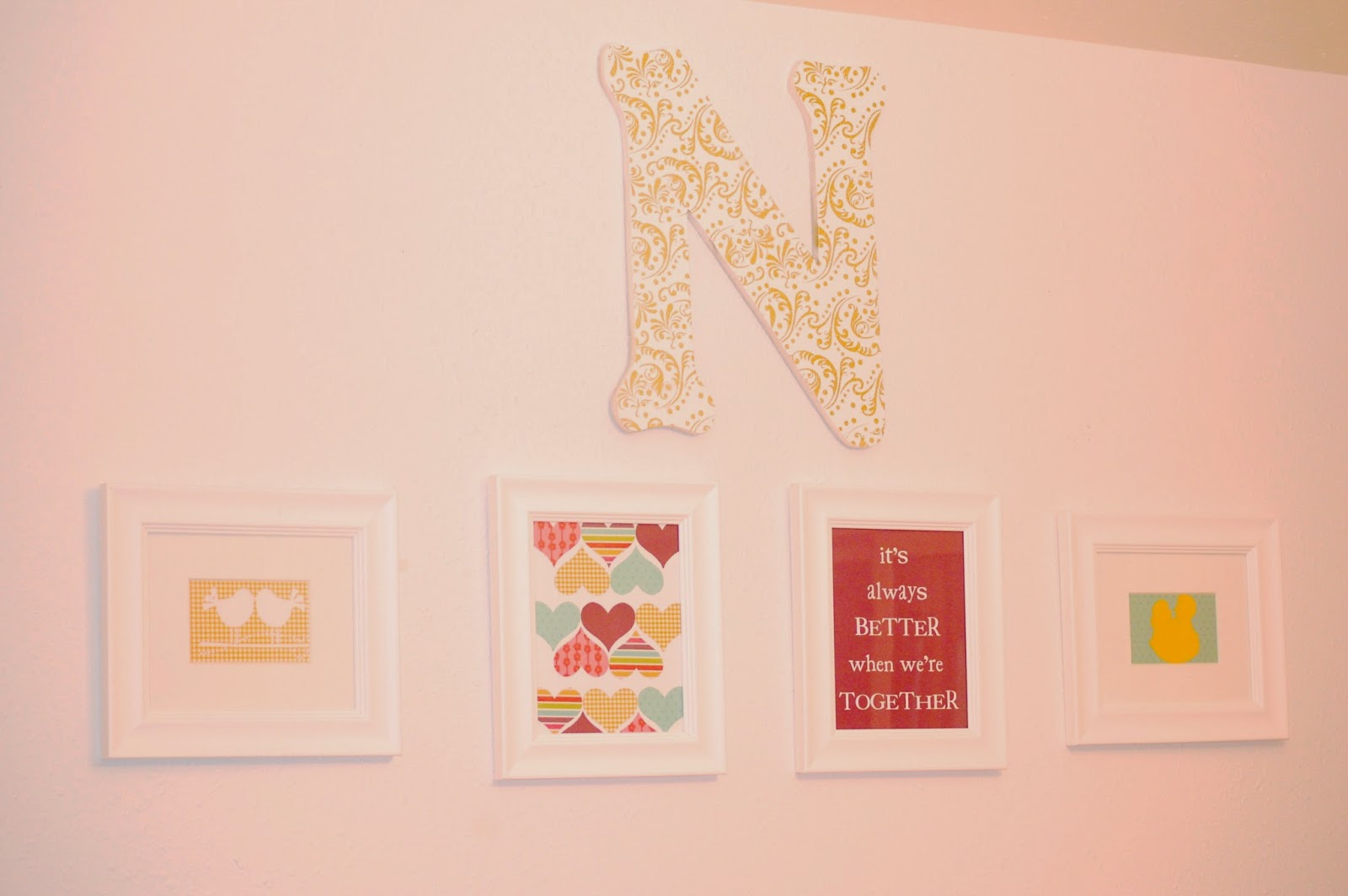 And this is what it looks like on my wall. I know the wall needs work, but I like the "N." 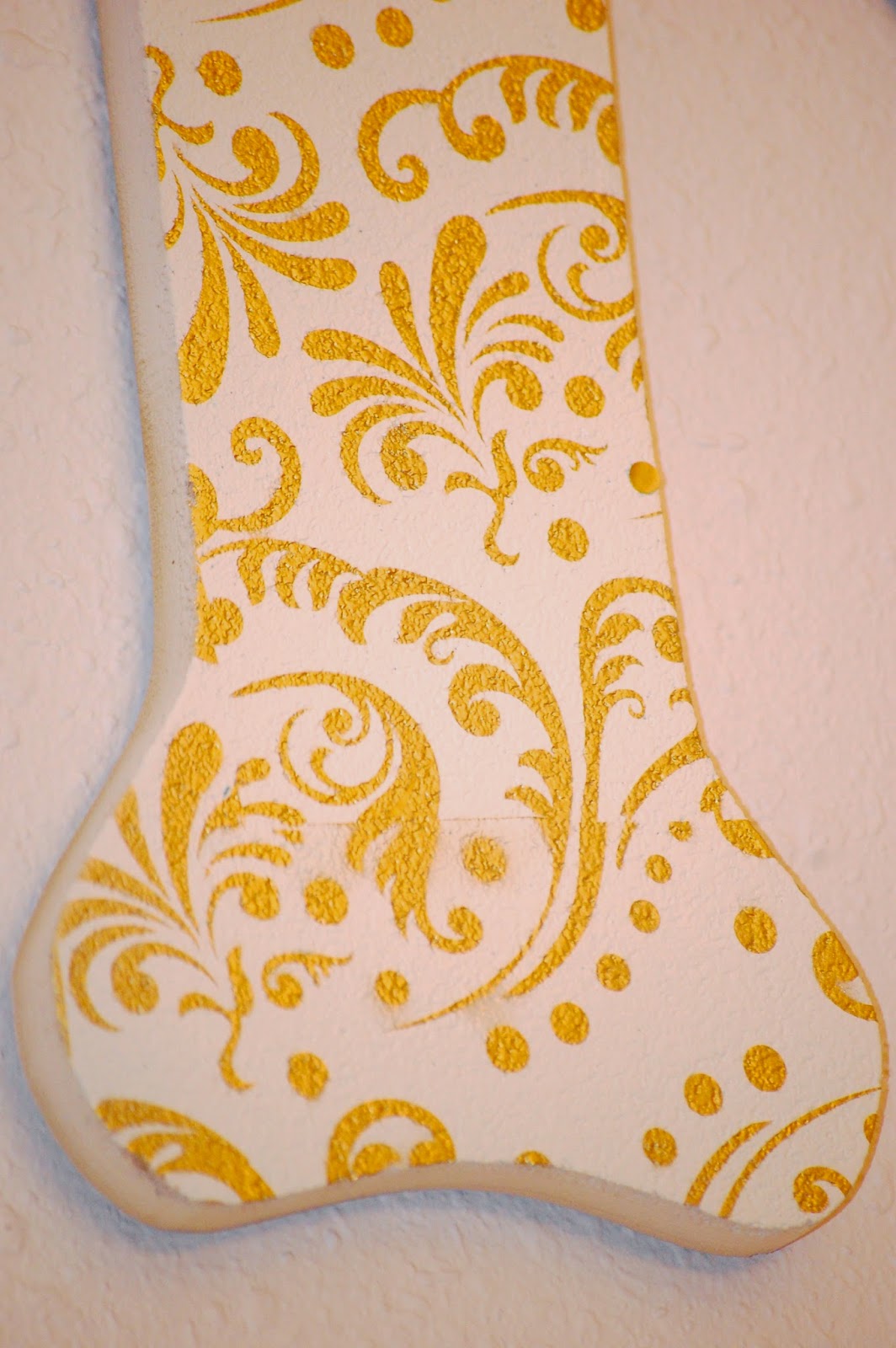 And here is a detail of the pattern...imperfections and all! 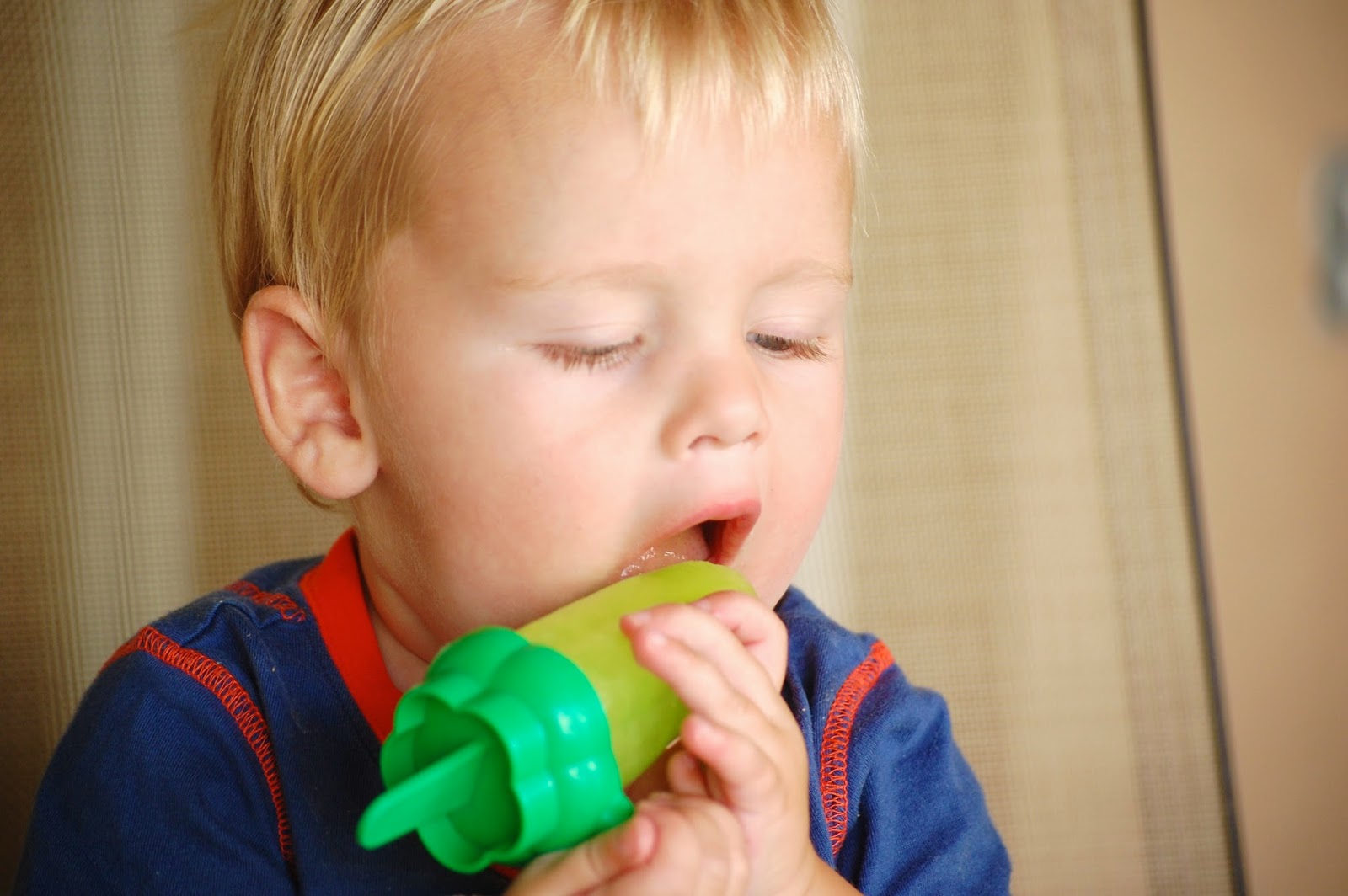 And here is how my visiting sister kept James out of the vinyl and spray paint. And being his photographer is how I kept her busy.

I love how it turned out and how it adds some sparkle into my decor!


A couple quick tricks:
• Your X-acto knife is your best friend! By the end of the "N" you really can't tell I pieced strips together because it took me so long figure out that an X-Acto knife was exactly the right tool for the job.
• I tried to use a cardstock stencil, but the lines were just not as clean as with vinyl that stuck all over and not just on the edges where I would have taped it.

I Have Nothing New to Add

At one point I had hopes of becoming one of those really awesome bloggers that everyone reads and talks about at bookclubs or in the blogosphere. Since starting this blog in 2008 I have pretty much given up on that specific dream for two reasons:

The latter point is the topic of my post today (hence the title). Please don't get me wrong, I am not saying I don't have a unique perspective or a unique way of expressing it (how many people do you know that have adopted two kids and then began IVF cycles...my guess is less than five.) What I am saying is that as far as revolutionary ideas or insights go, I've got a whole lotta nada.

Did you know (according to Wikipedia) that "it is estimated that there are more than 158 million identified blogs, with more than 1 million new posts being produced by the blogosphere each day" (emphasis added). I mean, come on! How is a girl supposed to compete with that?!

Originally this blog was just that -- a blog. An online space to record our adoption journey. If that was the only purpose, shut this puppy down! We've adopted, we've blogged about it. Done. But just as I, my family, my home, and my life have evolved, so has this blog. And so today, I have a new purpose!

I have no such hopes of becoming a rich, famous, sought-after, respected, trendy, stylish, unique, or any other such word type of blogger. I am sure that I will fail miserably at all of those things without dedicating more of my time and/or money to the cause (see point number one above). Maybe those will be my goals someday, but on this Tuesday morning sitting on my squeaky mattress next to a pile of unfolded laundry, that is not nor can it be the case.

And I am okay with that. 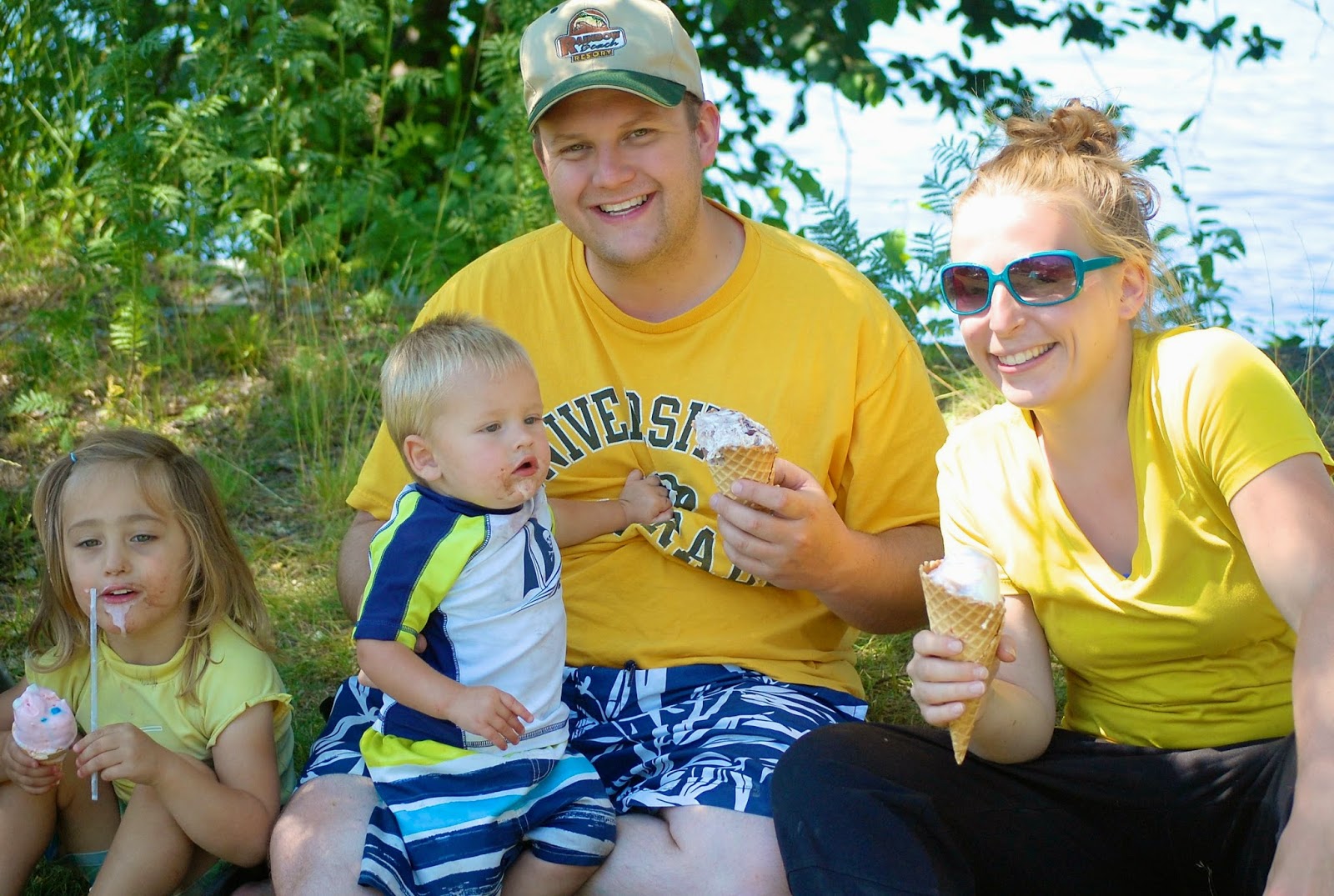 I'm pretty sure I am okay with sponging-in (that's totally a real thing) all of the cute ideas, life-hacks, party plans, lists of to-dos, lists of not-to-dos, and whatever else that inspires me from other blogs and my genius friends who don't blog (tough loss for those of you who don't have my friends). And while I have nothing new to add to the blogosphering world, I do have something new to add to my own world. 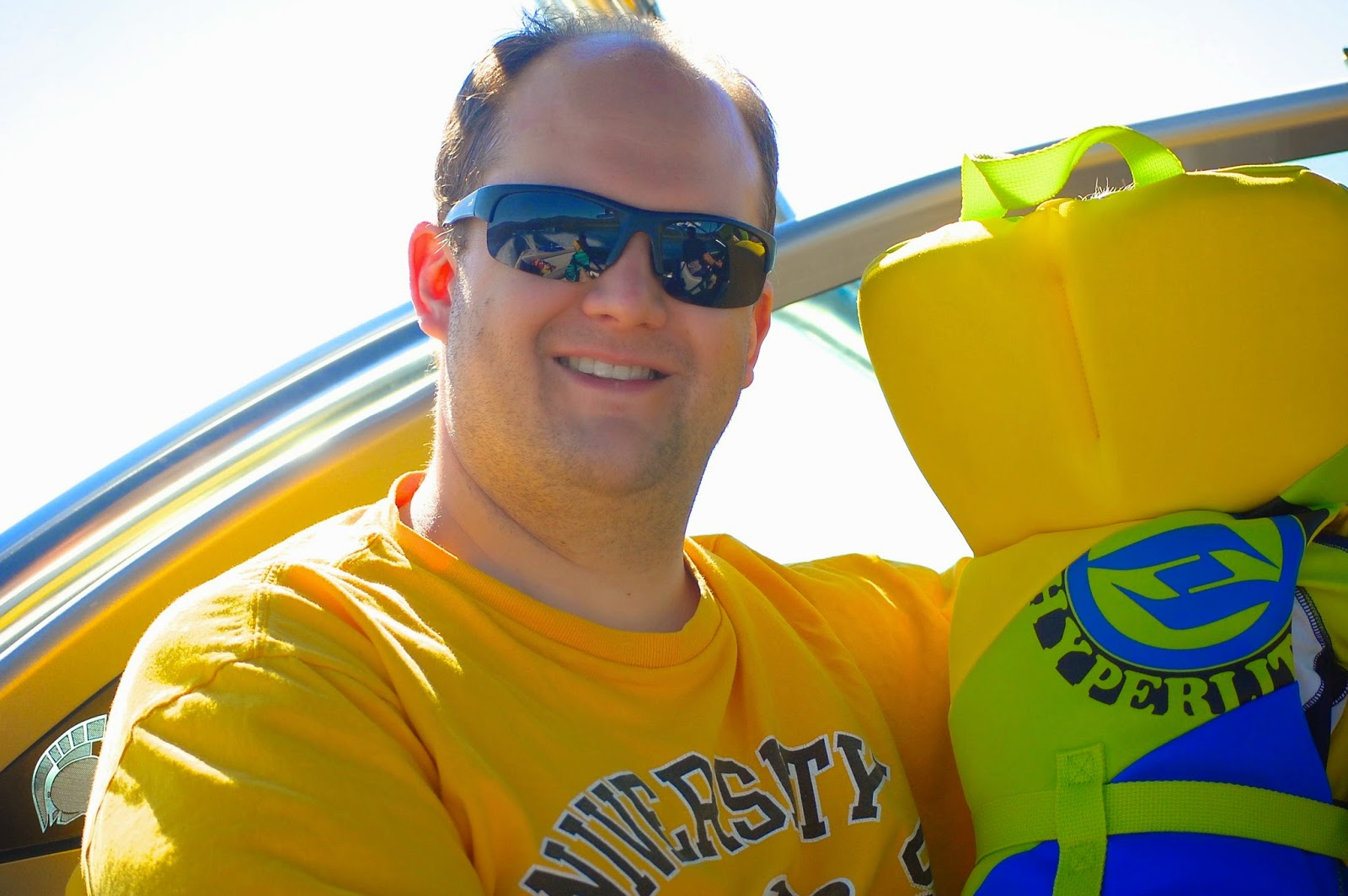 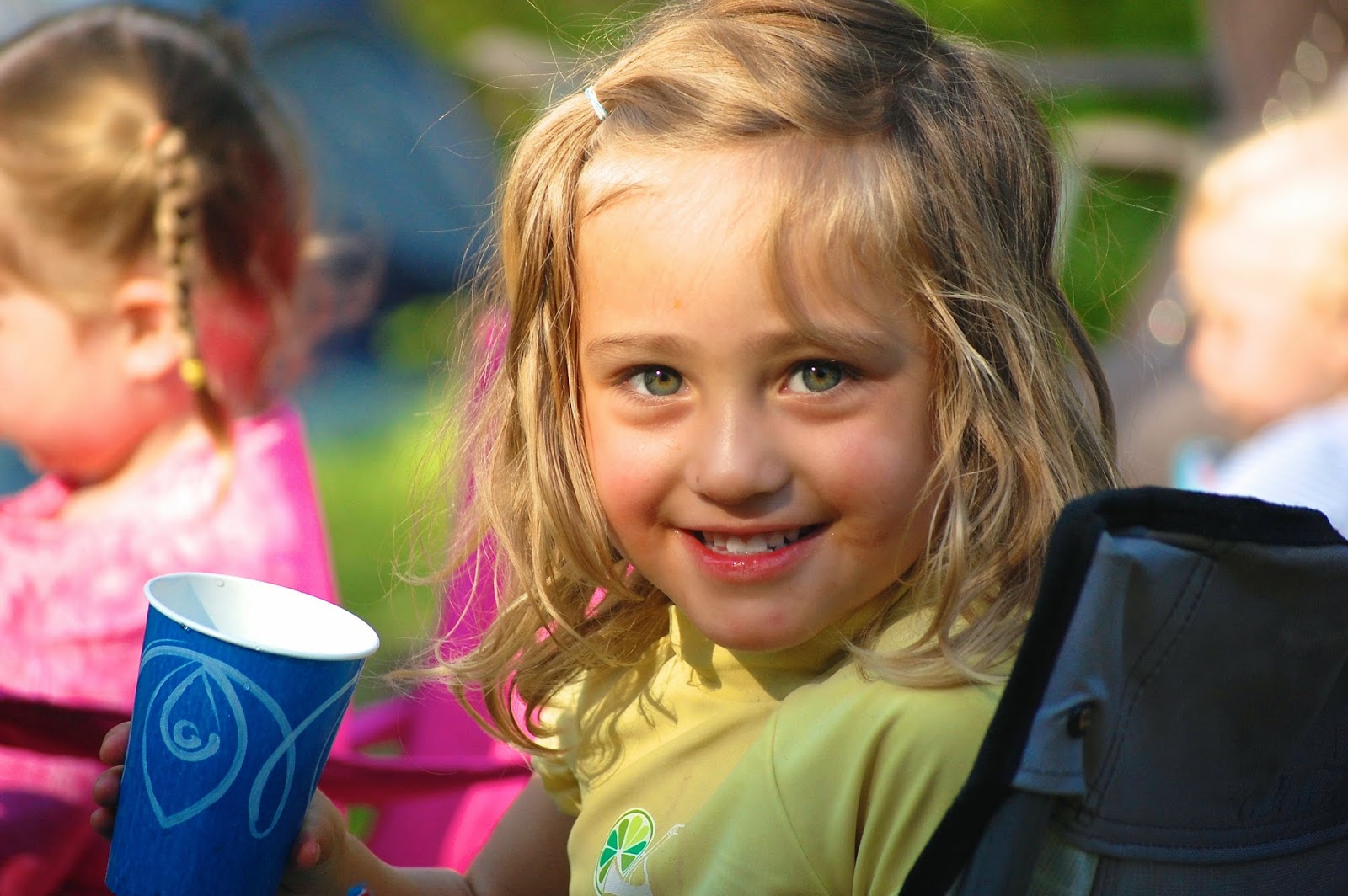 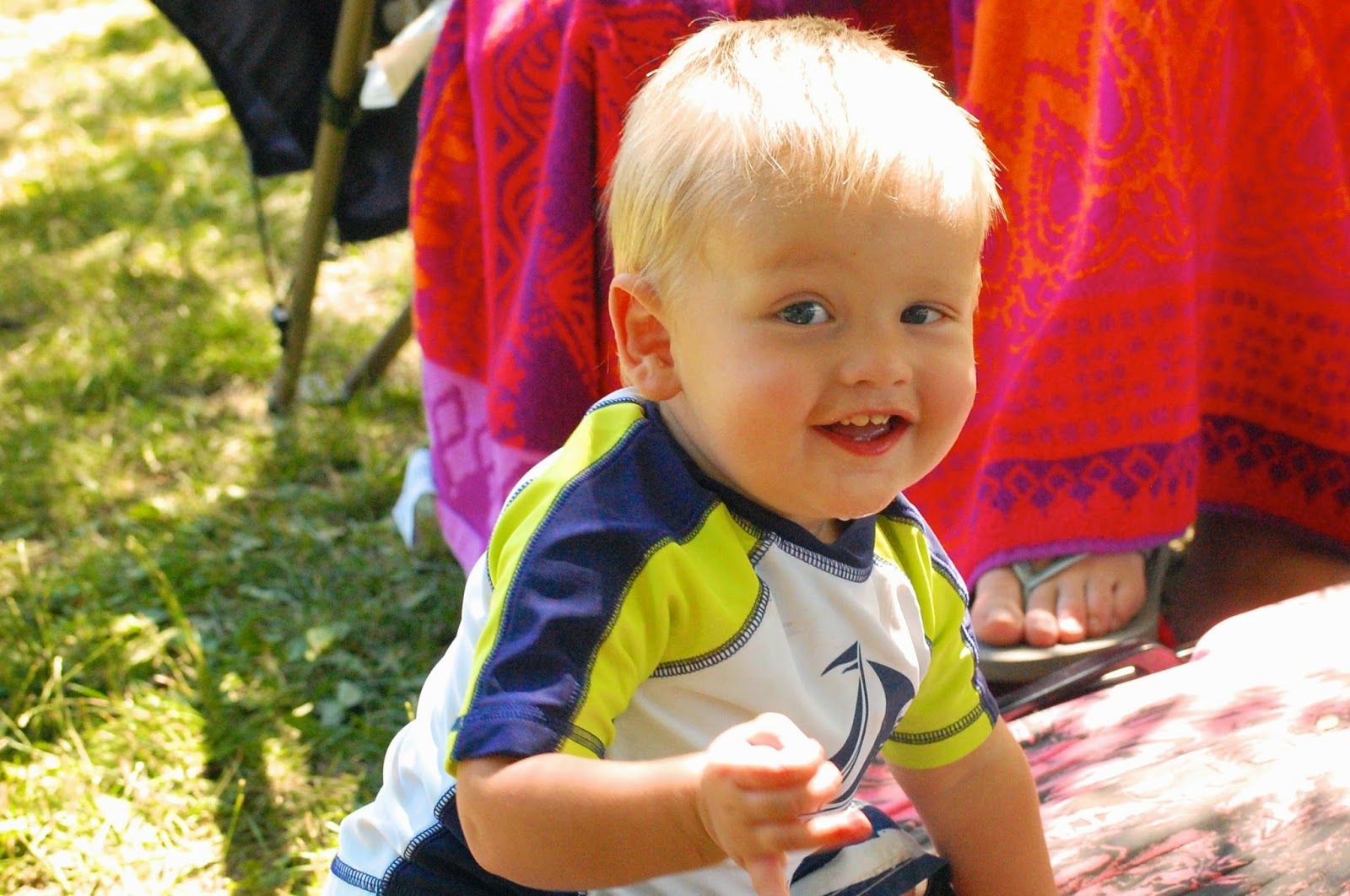 And so, I am going to begin thinking of this blog space as an extension of my home instead of an extension of the blogging world. Because amid 158 million I do not stand out at all...but I am absolutely in my own little time and space for a specific reason, and I enjoy unfolding that reason a little bit each and every day.

(Here's the kicker...) And by recording those revelations and experiences and reflecting on them later, I feel as though I come a little closer to the little miracle that God needs me to be. (Of course, that takes a little time.)


(I absolutely did not disappoint on the parentheses promise, did I?)
Posted by Rachel at 7:56 AM 1 comment:

Our family has been blessed with
two Little Adopted Miracles!
We completed an IVF cycle and are expecting
TWIN GIRLS in SEPTEMBER!
As always, we are thrilled to share our
journey to our little miracles with you.
Enjoy your little visit!

Looking for Your Little Family?

Maybe one of these families is trying to find you!

Looking for a Little Something?

We are A Little Literary and are currently reading

Jo's Boys by Louisa May Alcott

Here's a Star Rating System for all Rachel's book reviews.